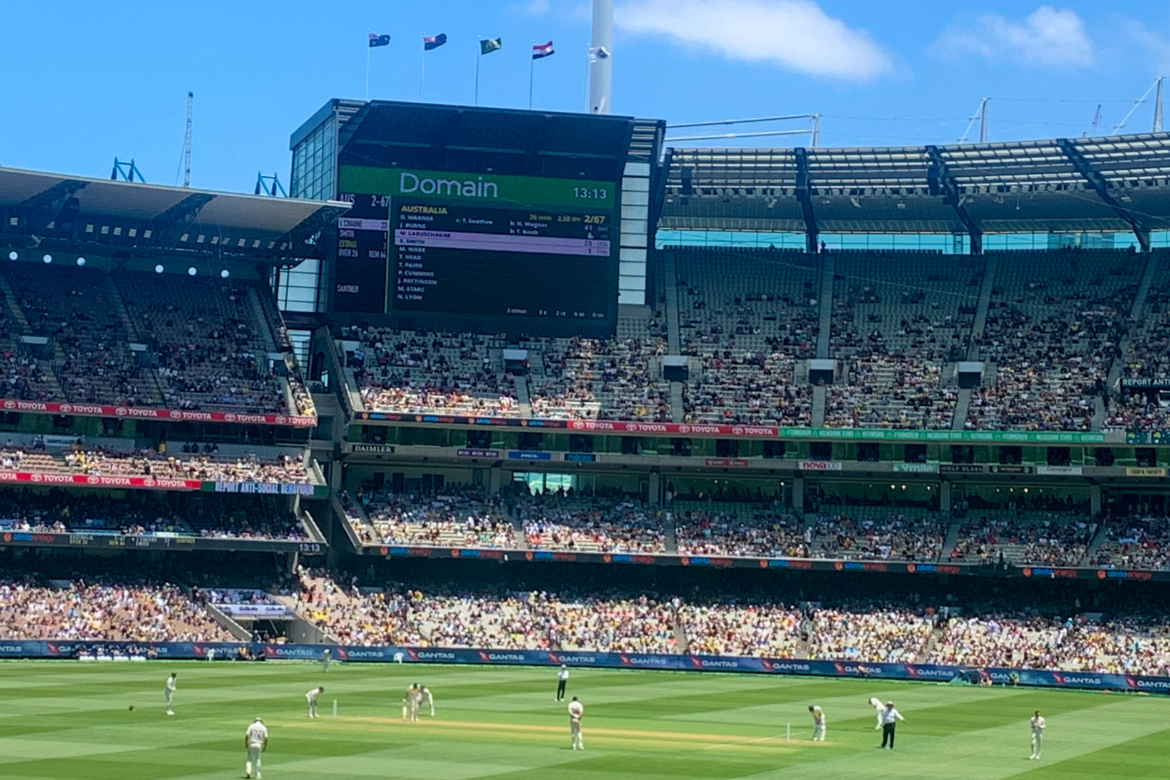 Now I know most of you reading this are probably not fans of Cricket but we, well, I had so much fun yesterday I thought I would share – and so you can up your quota on Australian culture before the year is out!

An Australian tradition here is the boxing day test match which is part of a 3 game series. The boxing day game is the first day of the second day – yes, this form of cricket goes for up to 5 days.

This year was the first time New Zealand was playing Australia for this series in over 30 years! The last time we played them on boxing day was in 1987, before I was born. A lot of kiwis flew over to go to at least the first day and if they are fanatics like my dad, all 5 days.

As I write this, Australia is still batting from the previous day and the are 430 for 5.

Away, test match cricket is like a social event, you go, watch the game, drink, catch up with friends and family. At the MCG they are pretty strict with behavior, and towards the end of the first day we were graced with guys collecting plastic beer cups to make the biggest “snake” as the crowd cheered them on until security took them out. Ref the photo below. That was by far Renzo’s highlight of the game, test cricket is a little slower then say they 20/20 format.

Have you ever been to a game of cricket? Let me know in the comments below 🙂

[Update: We got destroyed]